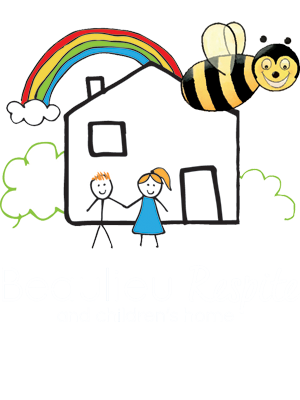 I first heard of Beaulieu through a friend whose daughter had recently started going there for a night’s stay once a week.  My initial thoughts were that Joe was “our son” and that we didn’t want other people looking after him, we didn’t want to “palm” him off to others, which was why we hadn’t been interested in “Family Link” which some other families we knew were using. However, I did go along to see what it was all about. That’s when I realised how wrong I was, and that there was something missing from Joe’s life.

Joes little sister Ashleigh was at nursery and had just started going to tea at her friend’s houses and having them come to ours. This was something that Joe never did. Not only because of ‘his’ needs, but also all his friends had special needs too.

When I went to Beaulieu there were children playing together, watching TV together and having tea together just like (I hate this expression) ‘Normal’ children.  This was when I joined Friends of Beaulieu because I thought what a fantastic place it was.

Joe initially started going once a week for a tea visit every Friday. The Beaulieu staff would pick him up from school and take him back to Beaulieu (in Cowes then), and we would collect him at 7pm.  There was always a nurse on duty when Joe was there to take care of his medical needs, and they would always phone if there was a problem.

Joe loved his time at Beaulieu, seeing his friends outside of school going out on trips and just generally having a great time, because I didn’t have to rush home for Joe’s school bus on a Friday, this meant that I could collect his sister from school and take her out to the park, swimming, wherever she fancied. This meant that she also had time to be ‘normal’ and do what her friends did.

After some time, we progressed to a night’s stay once a month. At the house in Cowes there were only 2 downstairs bedrooms, so overnight stays for physically disabled children were more limited. This was enough time for both us and for Joe at that time, so we were quite happy with this. Now it felt like Joe was going to have a ‘sleepover’ with his friends!!

We also started looking forward to these overnight stays (though it wasn’t easy at first) as Joe would always wake through the night and need turning, or some medical intervention. So, it was nice to know that you would get a whole night’s sleep without being disturbed, quite a luxury!

When Beaulieu eventually moved to Newport, with the building all on one level we were able to increase the overnight stays to once a fortnight. We would sometimes ask Ashleigh’s grandparents to have her overnight, which meant that we could also have a well earnt night out, knowing that both the children were being well cared for and happy.

This time became very precious to us all, for us all to be ourselves and most importantly for Joe to gain some independence. It meant that we were able to do things we couldn’t do with Joe (there are lot of places that are not suitable for Wheelchairs) and take Ashleigh out to places we couldn’t normally go.

We tried to spend as much time as possible at home amusing Joe, but we also had household chores to attend to, whereas when Joe was at Beaulieu he would have a staff member all to himself!!! We could feel relaxed when Joe was there in the knowledge that all his medical needs were being tended to and that he was so happy being there.

The years flew by so quickly, and before we knew it Joe would soon be turning 18 and would have to move on from Beaulieu. Unfortunately, this didn’t go to plan. The place that Joe was moving on to suddenly decided that they couldn’t take him as they didn’t have a nurse there.  This was a huge blow to us, although we weren’t looking forward to Joe leaving the security of Beaulieu, we knew it had to happen, but now we were faced with having no respite at all and wondering how we would all cope. This was a very scary prospect, and Joe had been looking quite forward to meeting up with old friends that already moved on.

Anyway, after many fraught meetings, phone calls and e-mails and much persuasion from the manager at Beaulieu and her even having to alter the registration, it was finally agreed that Joe could stay on at Beaulieu for another year while we sorted out somewhere else he could go. This was such a life –line for us, especially as Joe was leaving school too, so a lot of changes all in one go.

Joe did leave Beaulieu the following year and with the help of Beaulieu staff his transition to Maple Tree went very well and he settled in there quite quickly. I just wonder how things would have worked out if it hadn’t been for Beaulieu and will always have very fond memories of all our times there.

You Can Donate Here! Thank You So Much.